Observations of Nature in Hankelow

This page is for observations of nature in Hankelow and the surrounding area.

Under Development! - This is a first stab at a nature observation calendar for 2021.

If anyone has seen anything unusual, or which reflects the changing seasons, please email your observations to me at nature@hankelow.org.uk.

I spotted a lone Oystercatcher grazing in the meadow by Hankelow Hall this morning - JD.

Adrian Leighton has published a note on AOL about the origins of some local wildflowers.

Gin Foster spotted a swallow over the lake by Longhill Lane on Saturday (the 3rd) and I heard a Blackcap while walking through the Spout. - JD

Signs of spring - this eggshell means that in a nest somewhere, a baby song thrush has hatched, just in time for Easter. Gin Foster.

The warmer weather is bringing out butterflies and bumble bees. The hawthorn and blackthorn hedges are also stirring into life - if you didn't already know, the blackthorn blossom comes before the leaves, while in the hawthorn the leaves come first followed by the (May) blossom.

I also saw a red kite meandering above The Parkes yesterday. - JD.

A whooper swan was spotted by John Vickers on the mere next to Woolfall farm on Thursday. - JD

There was a large flock of linnets and/or redpolls circling around the trees near the pumping station in Monks Lane on the 22nd, and the odd hint of blackthorn blossom here and there. Daisies have been flowering in our lawn for a few weeks now, and the odd dendelion is also starting to flower. - JD

A gang of wrens (well, at least three) have been busy in a pine tree behind the Green Farm for two weeks now, busily foraging for insects for hours on end. - JD

The blackbirds are starting to sing as well now, with a song which is similar to that of the thrush.  If you can't tell the difference go here for a thrush and here for a blackbird. - JD

The Song Thrushes have been very noisy for the last few weeks - there seem to be plenty around this year. In general the birds are singing a lot more now as the breeding season gets under way. I've also seen bees swarming in a tree down Monks Lane this week. - JD

The chiff-chaffs are back, and are warming up their Spring voices with the first tentative "chiff-chaff".

There are plenty of signs of spring now, although some of them started to appear much earlier in the year. The first daffodils were opening in late December, but now they are starting to flower in greater numbers. It's been a good year for snowdrops with some great displays throughout February, and the Lesser Celandines have been flowering in Mill Lane since mid-January.

The winter migrant birds will soon be leaving but there are still redwings and fieldfares about. Lesley Ross reports seeing a fieldfare with a white cap - possibly a form of leucism.

Kingfishers were seen on the village pond in January, and now the Mallard Ducks are starting to pair off and search for nesting sites. JD 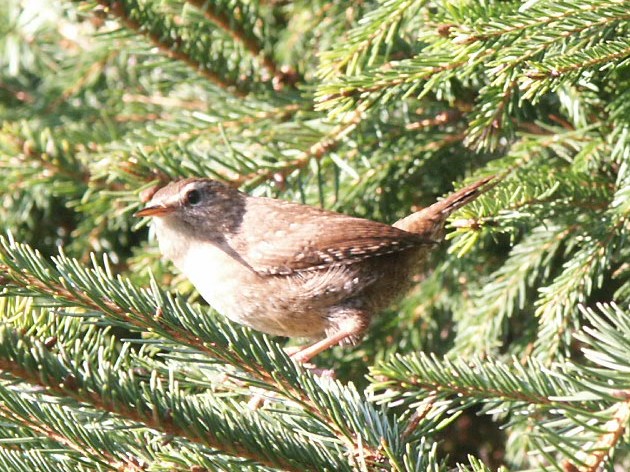 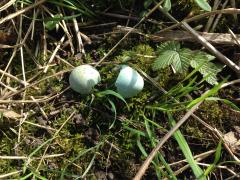